In May 2020, a team of developers — including Ethereum co-founder Gavin Wood — launched Polkadot (CRYPTO:DOT). This unique cryptocurrency expands on the functionality of its predecessors with the goal of building a decentralized internet. Here’s what investors should know.

Bitcoin is a blockchain-powered platform built to decentralize electronic payments. It replaces central regulators (i.e., banks) with a distributed network of miners, creating a more efficient and inclusive financial system.

As transactions occur, miners group transaction data into blocks, solve cryptographic puzzles to validate each block, then add each block to the blockchain. Each time a miner successfully completes these steps, they are rewarded with Bitcoin. In other words, this system handles the prevention of fraud and the minting of new currency, eliminating the need for financial institutions.

Notably, removing financial institutions also cuts many transaction fees, meaning merchants keep more money. It also means consumer data is never collected by those institutions, and that anyone with a connected device can access the system.

Ethereum expands on this functionality with a more programmable network. Specifically, the Ethereum blockchain stores more than transaction data — it also supports self-executing computer code. This makes it possible to build self-enforcing smart contracts and decentralized applications (dapps) on the Ethereum network. Once again, this eliminates the need for third-party oversight and gives users more control over their personal data.

Polkadot is another blockchain-powered network, but it was designed to be more scalable than its predecessors.

To that end, Polkadot is more than a single blockchain — it’s an ecosystem of connected blockchains. The central chain (known as the relay chain) provides security for the entire network. And the side chains (known as parachains) increase the network’s capacity.

Notably, each of these parachains is its own blockchain, and each can be optimized for a specific purpose, just like Ethereum is optimized for smart contracts. But other examples include blockchains built for file storage, financial services, communication, or supply chain transparency.

Bridges are the last piece of the puzzle. These allow parachains to connect to external networks like the Bitcoin or Ethereum blockchain. In other words, Polkadot not only supports its own ecosystem, but it also integrates with existing networks, allowing communication between platforms that can’t normally communicate.

By using parachains, Polkadot can process more transactions in parallel, boosting throughput — at least, that’s the theory. The first parachains are slated to launch later this year. But when they do, Wood believes the network may handle as many as 1 million transactions per second.

The best way to understand Polkadot is to put its functionality in context with a real-world example. Consider this scenario: Parachain A is designed for file storage, like scholastic degrees and professional certifications; and Parachain B is optimized for smart contracts, such as applications and job offers.

Let’s say a healthcare institution posts a position using a smart contract on Parachain B. Rather than completing a lengthy form and attaching multiple documents, you could give permission for Parachain B to access your background information (i.e., proof of degree, medical licenses, etc.) stored on Parachain A. 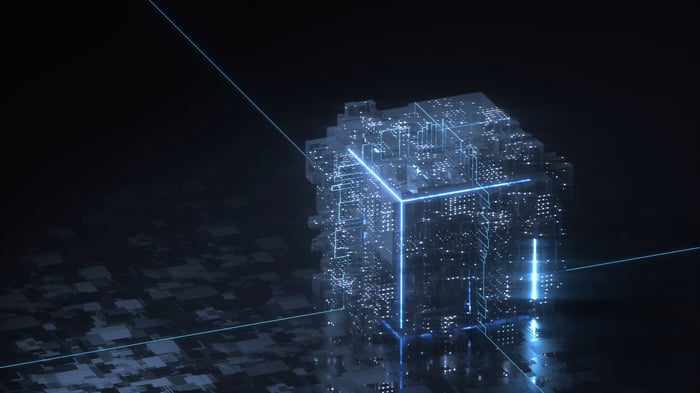 Building on that scenario, let’s say Parachain C is designed to collect data from Internet-of-Things devices, like cameras or biometric sensors; and Parachain D is optimized for financial services like payroll.

When you arrive at work (or log in to your account), Parachain C could relay that data to the smart contract in Parachain B. Using the agreed upon hourly wage or salary, Parachain B could then inform Parachain D that you need to be paid. Parachain D could then send money from the employer’s account to your account, automating the payroll process and providing you with instant access to your paycheck.

Here’s the big picture: Polkadot’s goal is to build a completely decentralized internet — one where users can securely access any type of decentralized application or service. Notably, Polkadot’s ability to connect and secure an ecosystem of blockchains makes it a more scalable solution than its predecessors.

As a final thought, Ethereum 2.0 plans to offer similar functionality. Even so, Polkadot will still finalize transactions more quickly, and the Polkadot network produces stronger guarantees of transaction validity with fewer validators (i.e., miners) per side chain.

Polkadot as an investment

As a caveat, the novelty of cryptocurrency makes it a very risky investment. For instance, Dogecoin soared 12,000% earlier this year, powered by hype on social media and a few tweets from Tesla CEO Elon Musk. But the meme-inspired coin has since lost more than half its value.

In fact, a constellation of factors (including China’s promise to crack down on cryptocurrency trading and mining) sent the entire market into a nose dive in May. Since then, over $1 trillion in value has been erased from the crypto market.

However, if you can handle that type of volatility, keep Polkadot on your watch list. The development team behind this digital currency has an ambitious vision. If it succeeds in building the foundation of a new internet, Polkadot could be a long-term winner.

This article represents the opinion of the writer, who may disagree with the “official” recommendation position of a Motley Fool premium advisory service. We’re motley! Questioning an investing thesis — even one of our own — helps us all think critically about investing and make decisions that help us become smarter, happier, and richer.