When Salesforce.com (NYSE: CRM) went public in 2004, its software as a service (SaaS) model was revolutionary because it used a subscription-based method to sell customer relation management (CRM) software, a relatively new development at the time.

Yet Salesforce’s systems quickly gained popularity because they allowed smaller companies to compete more effectively against their larger brethren by giving them sales and customer service tools that leveled the playing field. The cost and complexity of such software was typically beyond the means of small- and medium-sized businesses, but Salesforce’s software brought it within reach of everyone.

Here we are 17 years later, and Salesforce.com is now the undisputed industry leader, accounting for almost $1 of every $5 spent globally on CRM. That’s more than the amount spent on CRM solutions from Oracle (NYSE: ORCL), SAP, Microsoft, and Adobe combined.

That suggests there was never a bad time to buy Salesforce.com’s stock, so let’s see how much you would have today even if you waited seven years from its IPO before buying $1,000 worth of shares in 2011. 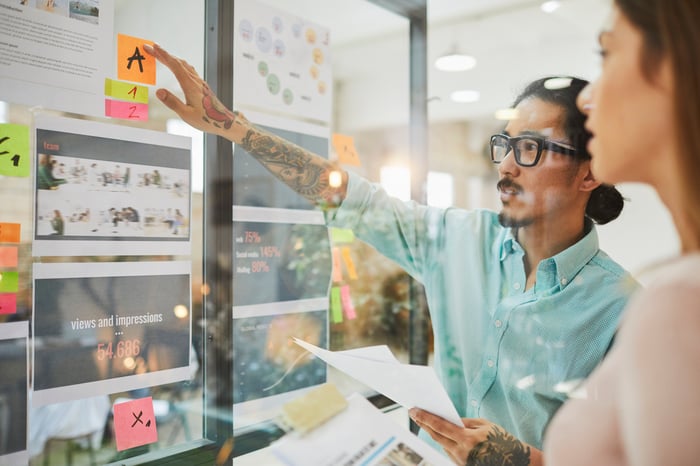 Despite the relative uniqueness of Salesforce’s business model, there was initially nothing to suggest the company was going to become the world leader. The established players took notice, though. Oracle, for example, ended up buying Siebel Systems, NetSuite, and others in order to better compete in the space.

It wasn’t enough, though, and today Salesforce is the dominant dog that will only grow bigger. CRM software spending is slated for double-digit annual growth through at least mid-decade and IDC researchers forecast Salesforce and its partners — the so-called “Salesforce economy” — will create 9.3 million jobs and generate $1.6 trillion in new business revenue by 2026.

Yet, Salesforce isn’t content to sit on its laurels and wait for some upstart to dethrone it as the company itself did to its rivals. In July, it acquired Slack Technologies for $28 billion. Salesforce says that it will use Slack to create “the digital HQ that enables every organization to deliver customer and employee success from anywhere.”

It’s also acquired MuleSoft and Tableau, which, because of a dispersed workforce that is operating remotely more than ever before, puts Salesforce in the enviable position of meeting the growing demand for greater workplace flexibility. 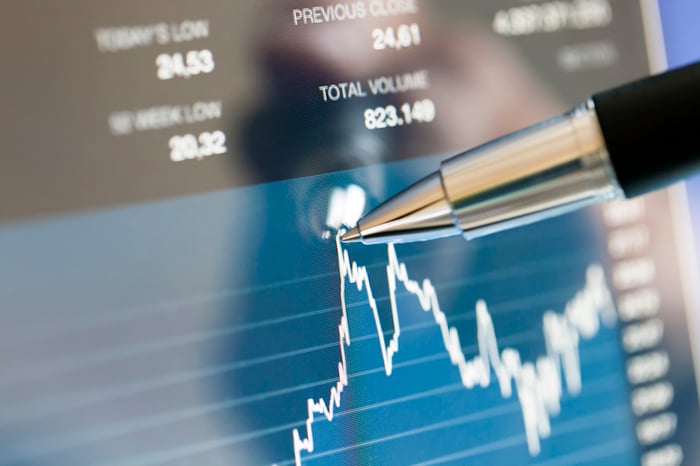 There’s plenty more where that came from

Wall Street expects the moves to pay off, forecasting Salesforce revenue will more than triple from $12.3 billion last year to more than $43.3 billion in 2026 with net profits effectively doubling.

Analysts do see the CRM leader’s stock as fairly priced around $303 per share, as they have set a price target of about $320 per share. The upside potential of the consensus price target is just 5.5% today. This despite Salesforce trading north of 120 times trailing earnings, 66 times estimates, and 54 times the free cash flow it produces.

That mismatch between exciting business growth and modest price target upside suggests that the sales and earnings growth being forecast could lift Salesforce stock substantially from here. 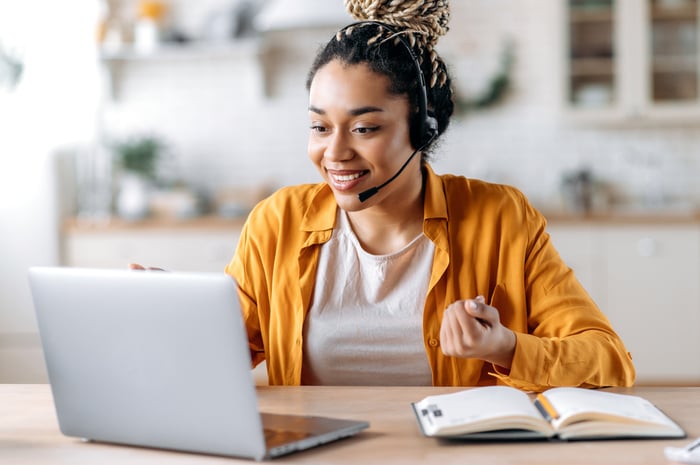 Here’s how much $1,000 invested in Salesforce a decade ago is worth now

So how much would investors have made if they had invested $1,000 in Salesforce shares? Accounting for the four-for-one stock split the CRM leader conducted in April, 2013, a shareholder would be enjoying an 856% return on their investment compared to the 285% the S&P 500 index generated over that same period, or more than three times the return of the market benchmark.

As noted, there’s never really been a bad time to invest in Salesforce.com stock. So despite trading at what seems elevated levels, an investor should strongly consider whether the cloud-based customer relationship management expert is right for their portfolio.

10 stocks we like better than Salesforce.com
When our award-winning analyst team has a stock tip, it can pay to listen. After all, the newsletter they have run for over a decade, Motley Fool Stock Advisor, has tripled the market.*

They just revealed what they believe are the ten best stocks for investors to buy right now… and Salesforce.com wasn’t one of them! That’s right — they think these 10 stocks are even better buys.